Approximately six months ago, in San Francisco, I was admitted to the emergencies after a panic attack. I lost consciousness in the ambulance leading me there.

On that night, I woke up and felt like my heart stopped, which is a common symptom of panic attacks. The extreme anxiety triggers a chain of physical woes, your chest is oppressed until you have trouble breathing normally and you can't feel your heartbeat. A natural brain response to the fear of dying is to trigger the alarm: your heart starts beating extremely fast and you are subject to hyperventilation until you faint.

The sensation of fear is as raw as it could get. It invades your entire self, an instant combustion nurtured by all of your fears, past and present, combined. I stumbled upon the stairs in my apartment, pressing my hand onto my chest with the hope of feeling a heartbeat, holding my breath for something that would not come. As if I was about to catch a shooting star on a clear night sky. "Make a wish, you'll be dead soon", I told myself after a faint heartbeat.

Losing consciousness for the first time is a very strange and traumatic experience. I was focusing on my breath while listening to the firemen cracking a few jokes. A tingling sensation then started from my toes to invade my feet, followed by my legs, and like a wave, without my consent took control of my hands, arms, chest, ears and jaw (paresthesia). The moment I felt overwhelmed by this feeling of numbness, I immediately told to a firemen next to me: "I am about to pass out" as if telling this to somebody would ensure that I could be saved from my own demise. Possibly the manifestation of an ounce of survival instinct.

My head rolled on the side as my eyes were closing. Only vital functions were on, pieces of information coming from the outside world would not be perceived or processed. My memory registered people talking but not what was said. I could not remember anything from that moment other than faint whispers and my heavy breathing. A firemen then pressed his fist against my chest to wake me up after what I've been told was half a minute or so. 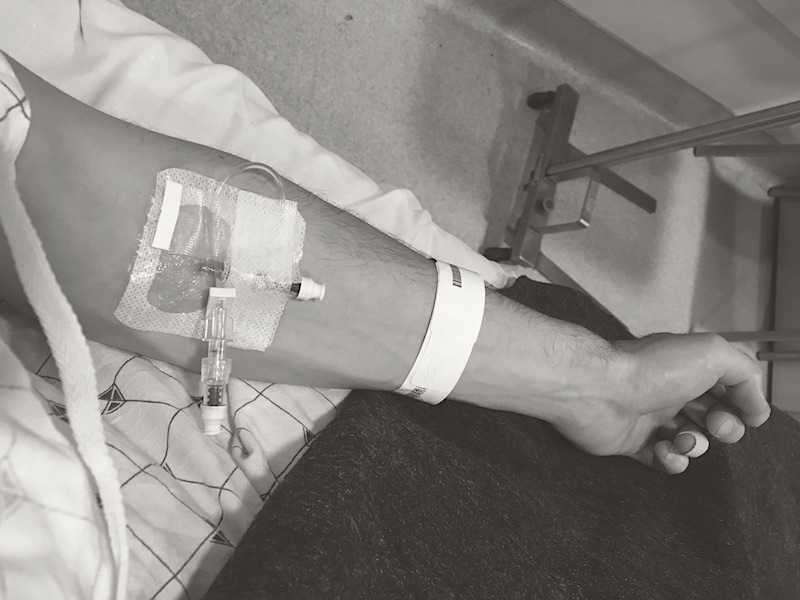 Look away if you are afraid of needles :)

On a side note: the doctors that I’ve consulted in San Francisco all downplayed my symptoms after I experienced strong chest pain and advised me to get some rest, which I did. Unfortunately, while getting rest did help, it was slightly more complicated: I was subject to anxiety but particularly Hyperventilation syndrome and Hyperacusis (hypersensitivity to sounds). I remember clearly describing my symptoms but none of them were able to pinpoint the exact cause. I went through costly and unnecessary medical tests for months, to no avail. On the importance of finding a good doctor whom you trust and get several diagnosis. Had my symptoms been dealt with on time, I probably wouldn’t be there writing a blog post from Indonesia.

The months after this attack were especially awful, I couldn’t get out of my house without excruciating chest pain triggered from the hyperacusis. Paris is a noisy city and my brain was interpreting any sound and movement as a threat. I got several panic attacks in the meantime, one leading me to the emergency once more. The difficulty is that once you have a panic attack it all goes downhill in a domino effect: the traumatic experience of the first attack triggers the others in a chain that is very hard to break without help. 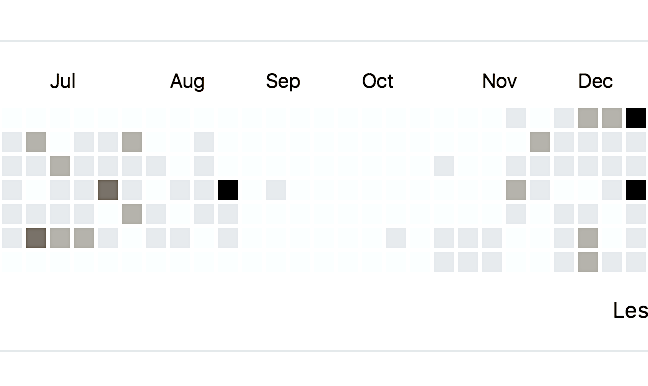 A Github profile can offer a glimpse of somebody's life.

Not long after going back to France, when I couldn't deal with the symptoms anymore and after a single visit to my local doctor: I finally got the right diagnose. The cure involved a mix of SSRI, beta-blockers and magnesium (CBT - Cognitive Behavioral Therapy or Meditation are also known to help in the long term). All of this coupled with a few restrictions: no coffee (which is fuel to the fire), alcohol or excessive salt in food. While I'm now able to do things and enjoy my life, it comes at a cost: I still feel extremely tired at times, definitely more than usual. Although the situation is getting better over the months and I enjoy my time learning new things, exploring a part of the world and working on my own project.

The gist of it is to take care of yourself first. Your health and sanity are more important than anything else. Be wary about the symptoms if you experience them and take a step back to deal with the problem as soon as possible. It is tempting to put things under the rug and hoping for the best but this will get worse over time.

I could talk at length about the event that contributed to this but my health is more important to me now than reminiscing the past and the anger that comes with it. I took the life lessons with me and spent the time to reflect on these. The sooner the better and I am happier where I am at now. Life goes on..